Metal lettering made from Cor-Ten. The example below shows a capital letter 100mm high, 3mm thick. The letter indicates the effect of a single exposure to fresh water. Cor-Ten lettering is custom cut to order in any font and size up to 600mm high. The lettering will show the effect of exposure to water and air within a very short time before stabilizing. 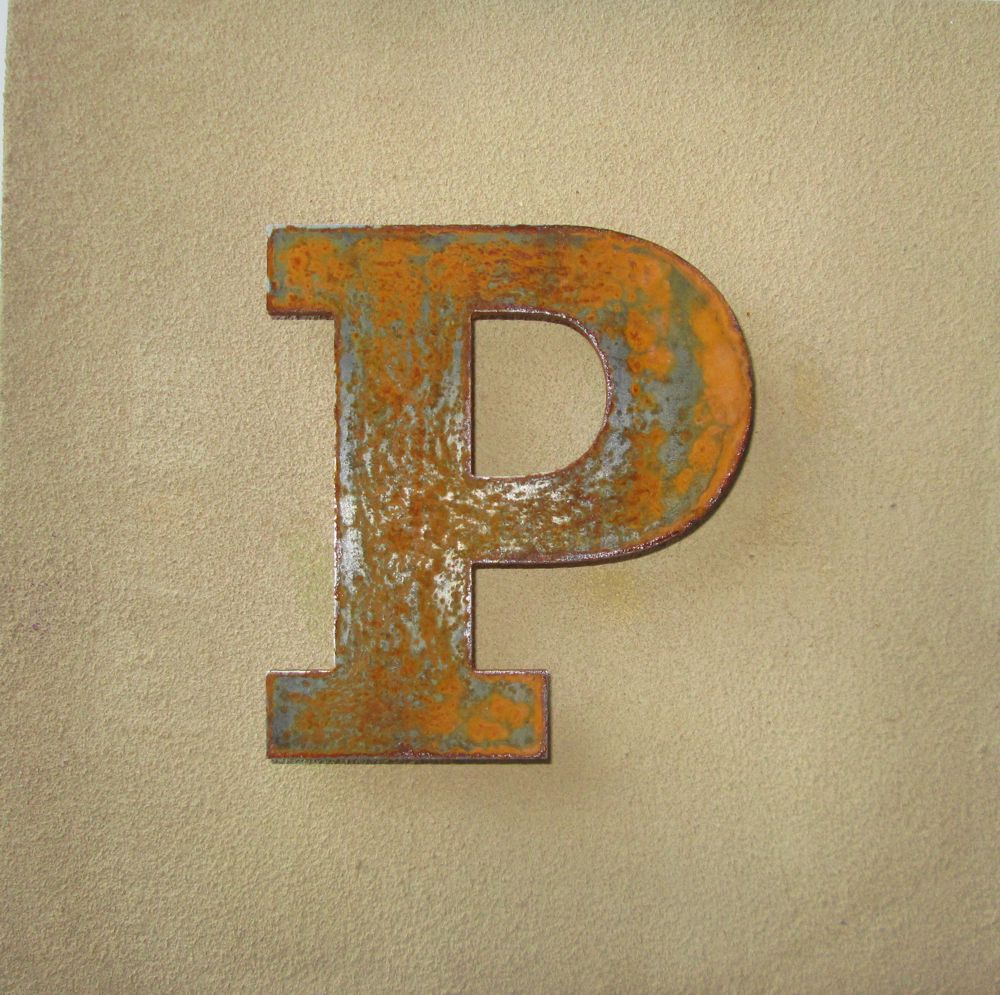 Weathering steel, best-known under the trademark COR-TEN steel and sometimes written without the hyphen as “Corten steel“, is a group of steel alloys which were developed to eliminate the need for painting, and form a stable rust-like appearance if exposed to the weather for several years.

“Weathering” refers to the chemical composition of these steels, allowing them to exhibit increased resistance to atmospheric corrosion compared to other steels. This is because the steel forms a protective layer on its surface under the influence of the weather.

The corrosion-retarding effect of the protective layer is produced by the particular distribution and concentration of alloying elements in it. The layer protecting the surface develops and regenerates continuously when subjected to the influence of the weather. In other words, the steel is allowed to rust in order to form the ‘protective’ coating.